Let’s face it. Gardening as a whole was epic failure this year.

I blame the excessive rainy weather. In the month of June, we received over one foot of rain total in our neck of the woods. Yes, rain makes corn but too much rain hurt productivity in my potatoes, squash, pumpkins, tomatoes, and sweet potatoes. 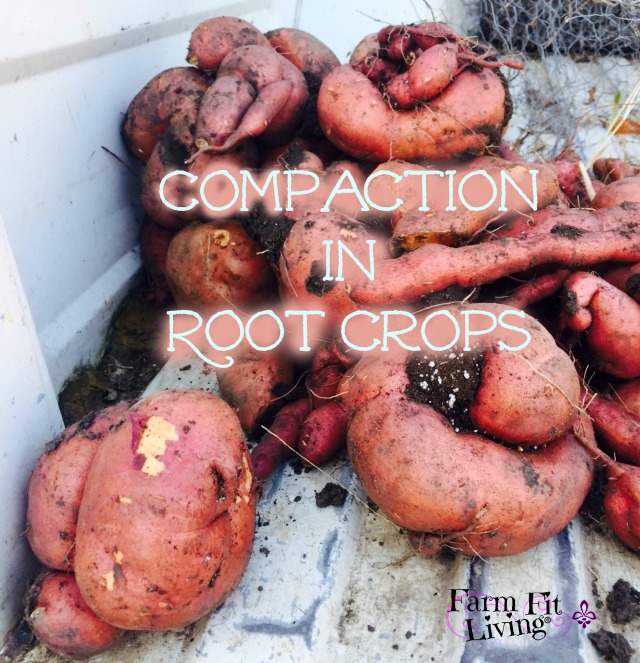 What is compaction and how can you soften soil compaction?

First of all, compaction is the process by which soil structure is destroyed. This results in very dense pore space with little air to move air or water (or roots) through. In my case, the hard rains we had in June caused the soil to become dense preventing air from moving through.

Water could not move through either and was forced to sit on top of the soil. The weight of the water caused the soil to be mashed together and as it dried, it became very hard and rugged.

Compacted soil is very hard to dig through. Imagine roots trying to expand and grow through the tough ground underneath.

I planted healthy plants and they looked good all year, despite the rainfalls we had. But, when I tried to dig my sweet potatoes I stuck my shovel into the ground at the first plant. My shovel barely went into the ground.

My sweet potatoes yielded interesting shapes as well. Several of them had grown together into one large, weird looking potato. 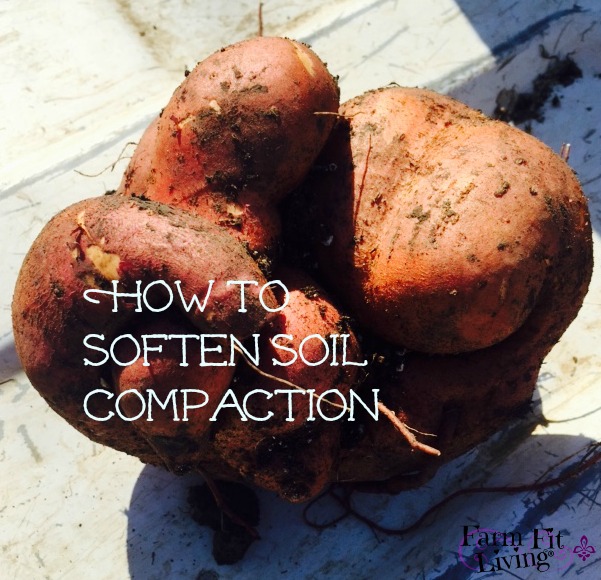 That’s right. You’d all grow together as one.

Bottom Line: All root crops need room to expand and grow underneath the soil. They need to be able to push through soft soil. 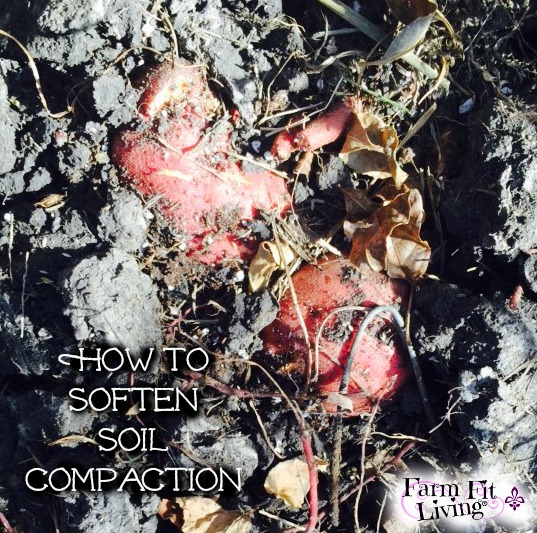 How to soften soil compaction:

The main reasons for compaction in my sweet potato rows were #1 and #5. I laid black plastic down as weed control. In doing so, the plastic held moisture. As much rain as we got, there was no where for it to drain. 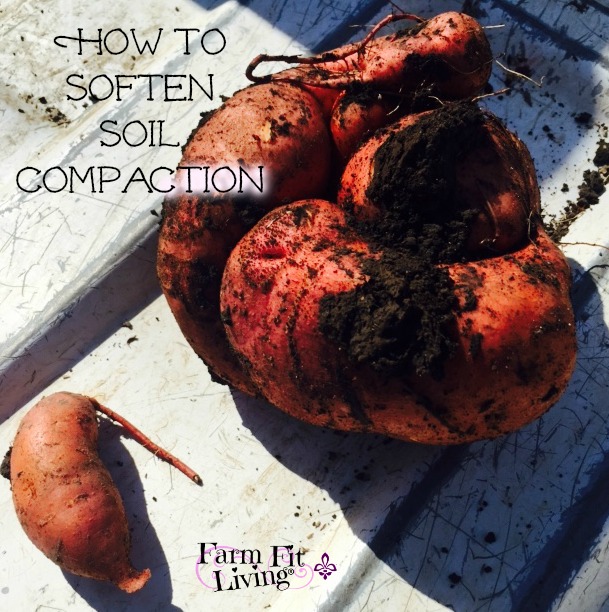 My plan for next year:

I am removing the black plastic and adding organic matter to the top of the area.

The area received no tillage before I planted my sweet potatoes. If the ground does dry out enough, I will till it. Otherwise, I will move my sweet potato spot further inland and try again next year.

“Try again next year” has became common saying around here.

The Self-Reliance Manifesto: More Than 300 Resources to Guide You on the Path to Radical Freedom | Ready Nutrition

The Self-Reliance Manifesto: More Than 300 Resources To Guide You On The Path To Radical Freedom | | Quantum Reality

The Self-Reliance Manifesto: More Than 300 Resources to Guide You on the Path to Radical Freedom | Tatumba.com