In the goat industry, there is no set season when it comes to kidding.

Breeders all over the country breed and kid their doe herd whenever it is most convenient for them. Which is a good production practice if you want to have a successful season.

I’m going to share with you how scheduling breedings saved my sanity during kidding season!

Whenever your season may be, it’s is never too early to start planning for the kidding season. It starts five months earlier with breeding. A goat’s gestation (incubation period of a baby goat) is around 150 days. I needed to schedule kidding dates, back up 150 days to breeding in with the buck and back up 15 days from that for synchronization.

This seems like a ton of extra work. Why do I care about all this? 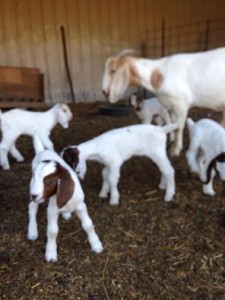 Don’t get me wrong…I love kidding season! Who doesn’t? Such an exciting time as I love the new cute babies.

But, it has also been an unnerving time for us. You see, we didn’t always have a great idea of when our goats were actually due to kid. We always had an idea from when we put the bucks in, but that’s it. After putting the bucks in on August 1st, we would just count five months into the future (January 1) and that is when the earliest bred does would kid.

Winter kidding is always hard and cold. We decided to try fall kidding, which meant we would need to use some hormones to help the does come into heat out of season.

Our kidding goal is late October kids for our first group. Then, the plan is to have another group for November and a third group for December. 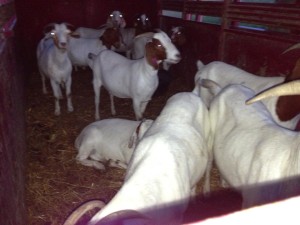 We used Sheep CIDRS and a hormone called pg600 to bring the does into heat. Day 1, the CIDR was inserted into the doe’s vagina (similar to a tampon). On day 14, we gave the doe a shot of pg600. Finally, 12 hours later, we removed the CIDRs and put the doe in with buck for 30 days.

The CIDRs worked very well for us. Out of the 35 does we synchronized, only three did not kid in the time allotted. We also found out that we had been having a problem with bacterial abortions, which we were able to control.

Some common myths about CIDRs: 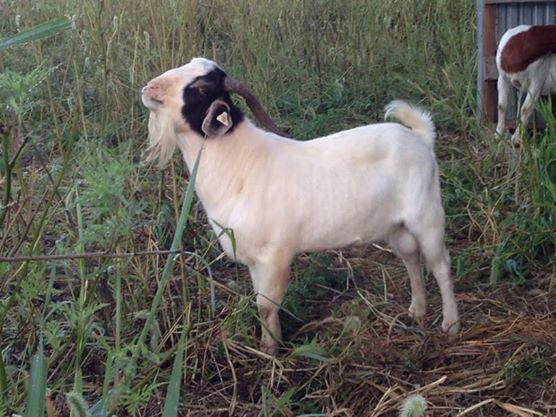 1. The CIDR plus the pg600 will make the does superovulate causing more multiples (triplets & quads). This is not true because there is not enough of a dose of pg600 to make the doe superovulate that much. Out of the 35 does we CIDR’d, only one set of triplets were born. The rest were singles and twins.

2. The CIDR will cause a Urinary Tract Infection. We did not have a single UTI in our herd of does after using CIDRs. In fact, our does remained very healthy even after the CIDR’s were inserted. They were out on pasture, which is a cleaner environment than a dry lot and less exposure to infection.

The supplies you need include the CIDR applicator, CIDR, and pg600. You can order the CIDR and applicator, but the pg600 is RX, which means you would need to check with a vet before ordering.

How Do I Schedule Breeding Dates?

I use my planner, 150 day goat management wheel, legal notepad, and made a list of all my does.

Next, I decide which does I want to be in which kidding groups based on history of growth rate, mothering ability, age, and quality.

For example: I will have three groups to kid in the Fall: One in late October, one in late November, one in late December. Each group will have 10 – 15 does in it, making it less exhausting when we are helping the does at kidding time. 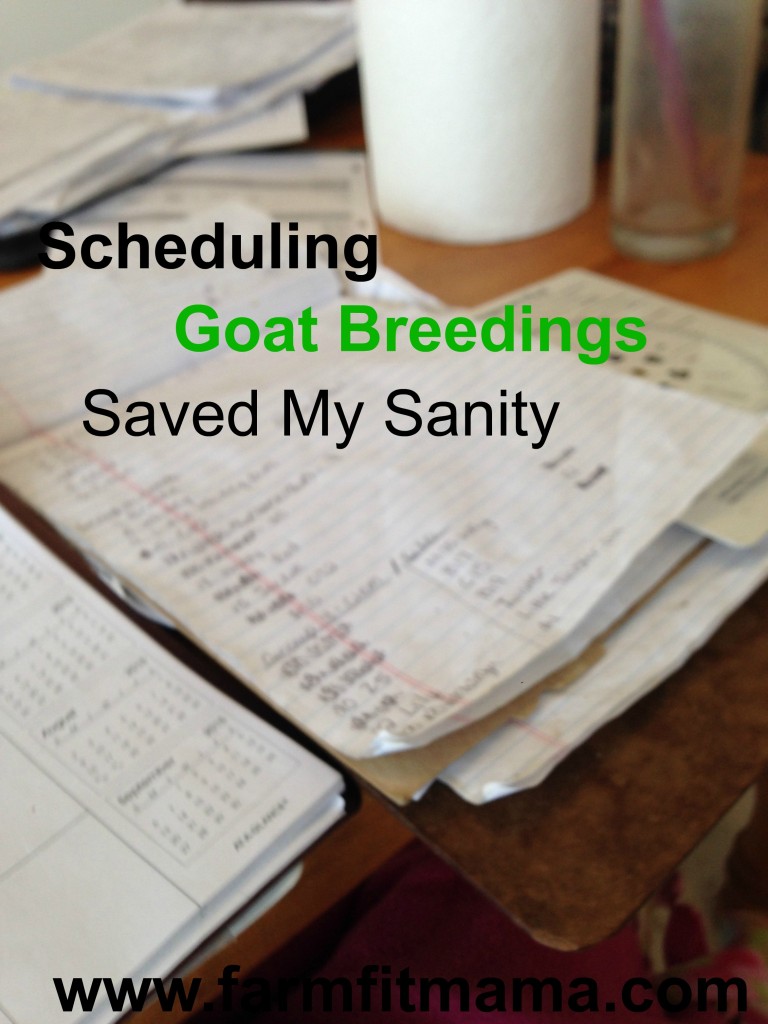 Splitting up my does into kidding groups and scheduling breedings have really saved my sanity.

Stay tuned for some printable breeding sheets for timed breeding I will have available for free download.

[…] have my kidding kit up to date. Let’s be real, though. Sometimes it really is THE DAY BEFORE! As much as you can prepare, those babies will come when they are ready to come. Still, preparing for baby goats is far […]

Do Not Quit: Find Your Greater Power - FARM FIT MAMA

[…] scheduled our breedings this past summer with Clem and kids were born all through the fall and winter. I am happy to report […]