When my oldest daughter Mylee was a teeny tiny baby, I rocked and sang lullabies to her at night.

Lullabies are magic. They provide precious time together in the peace and quiet of her nursery.

I rocked back and forth for hours singing her softly to sleep.

As she has grown, the lullabies have become tunes she sings all day long.

I just love to hear her beautiful voice sing.

And of course, I sing along with her. My voice isn’t as pretty.

Lullabies are a part of my earliest memories.

My grandmother and mother both sang sleepy lullabies to me as a child.

Not necessarily always to sleep, but throughout my time with them.

As we were working on projects or canning green beans.

Now, I get the honor of passing on lullaby lyrics to my own kids.

To me, lullabies are more than just a soothing gesture.

They can be educational learning tools as well.

Because baby is listening.

Before you know it, baby will be singing it, too.

Here are my top 5 lullabies to sing to a sleepy baby.

If I don’t begin singing lullabies, she hums. We usually start out with this one: 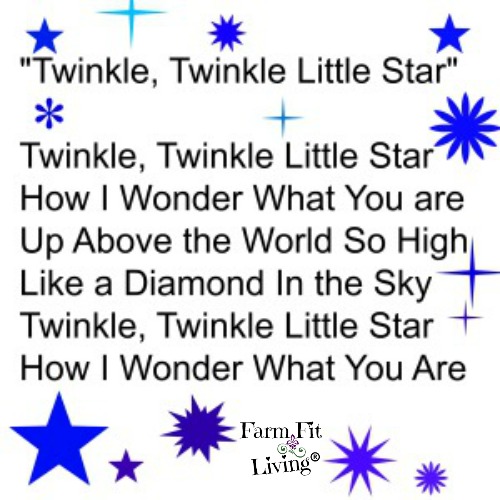 The other night, we were still outdoors late. Mylee pointed up at the sky and asked:

“Mommy, what are those?”

She was referring to the stars in the sky.

And they were twinkling.

I explained to her those were the stars we sing about when we sing “Twinkle Twinkle Little Star.” Millions of pretty tiny stars in the big sky.

Soon, we will be camping out under the big sky with all the twinkling stars watching each one blink in and out.

Maybe we could even try to count them.

For now, we just count sheep.

This next one is a new one she learned at from older friends at her Daycare.

It is too cute and quickly became one of our favorite songs.

I sing the first part asking the question and she nods and sings the answering part while nodding her head. 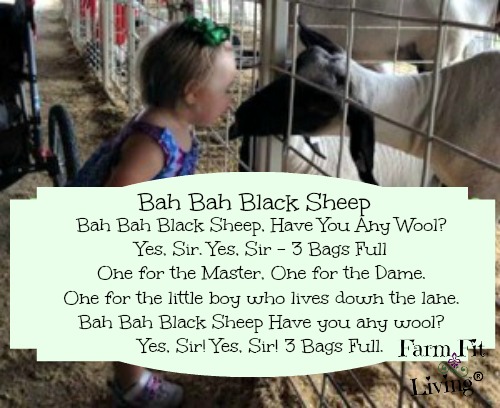 Since we raise sheep on our farmstead, it was only appropriate to add in Bah Bah Black Sheep.

If only we had some black sheep! All of our sheep are solid white.

They are also hair sheep, so they don’t really have wool.

But, it’s still a fun song to sing.

And she can learn a little bit about a different type of sheep we don’t have on our farm.

Next, is one of the first songs I started singing to her when she was a tiny baby.

The overachiever mom that I am, I wanted to learn her ABC’s as quickly as possible.

Singing is a great way for children to learn new things. 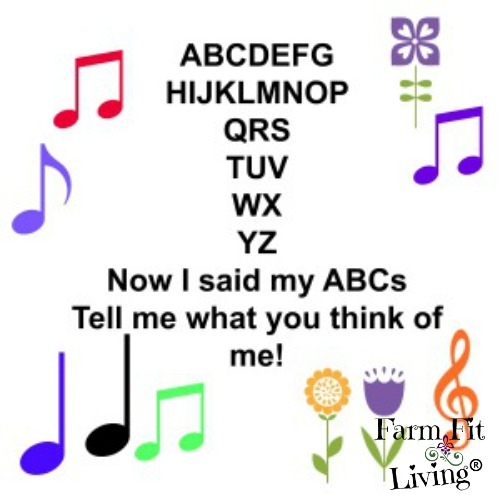 After she learned to talk, she was singing the ABC song.

The tune is similar to “Twinkle twinkle little star” so she can hum it pretty good now.

4. How Much is that Doggie in the Window?

One thing I love is how close Mylee is with our dog Sage.

She is a miniature beagle. A precious member of our family. 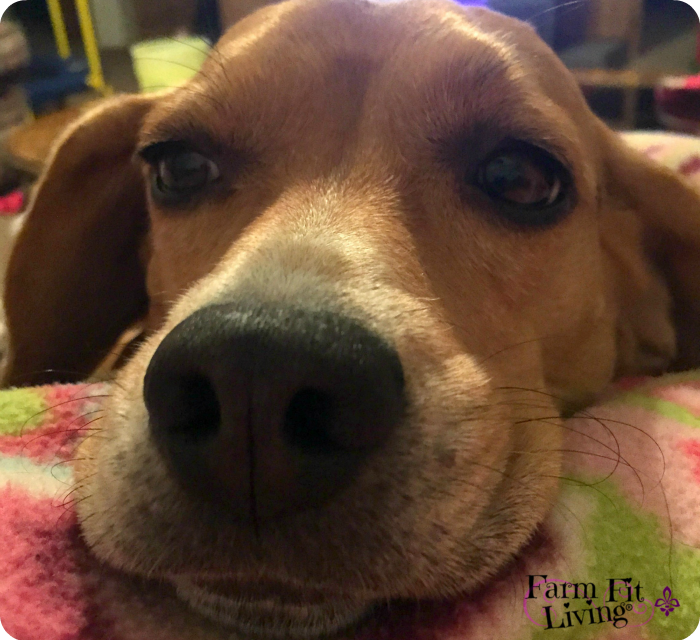 But, now they are friends.

In fact, one of Mylee’s chores is to feed Sage.

So, food has brought the two of them together.

Our other dog is a Great Pyrenese named Si.

He lives outdoors but Mylee interacts with him daily.

And feeds him, too. 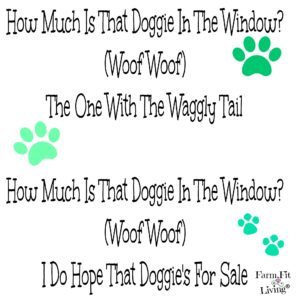 Pets teach children lifelong lessons in responsibility. Mylee has learned the dogs depend on her to feed them.

The lullaby we sing about the “doggy in the window” can teach kids about responsible pet ownership.

Finally, the most beautiful and soothing Christmas song ever rounds out our list.

And yes, I sing it to Mylee all year-long.

But when sang softly and slowly, this song is a hit for the Sandman! 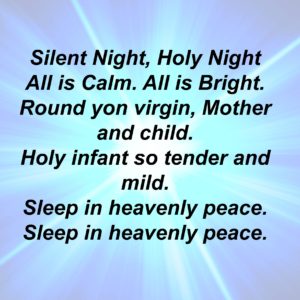 Lullabies are a soothing comfort that draws little eyelids closed.

But, they can also be educational tools to teach little ones.

Songs are one of the best and most memorable way to teach new things to babies and toddlers.

What better way to teach them as they are curled up in your lap to sleep.