“Madonna and child – one of the most endearing images of all time! Great photo!”

Madonna and child is not exactly the first thing that came to my mind when I submitted a photo via Twitter to my photography mentor Rick McNary. His reply made my mind race a little bit more as to what he was talking about with the photo of my cow and her calf.

Rick is an amazing photographer whom I connected with at a Farm Bureau conference.

I attended his session at the conference hoping to gain some skills and motivation to become a better photographer. He taught me to use images to tell my story. 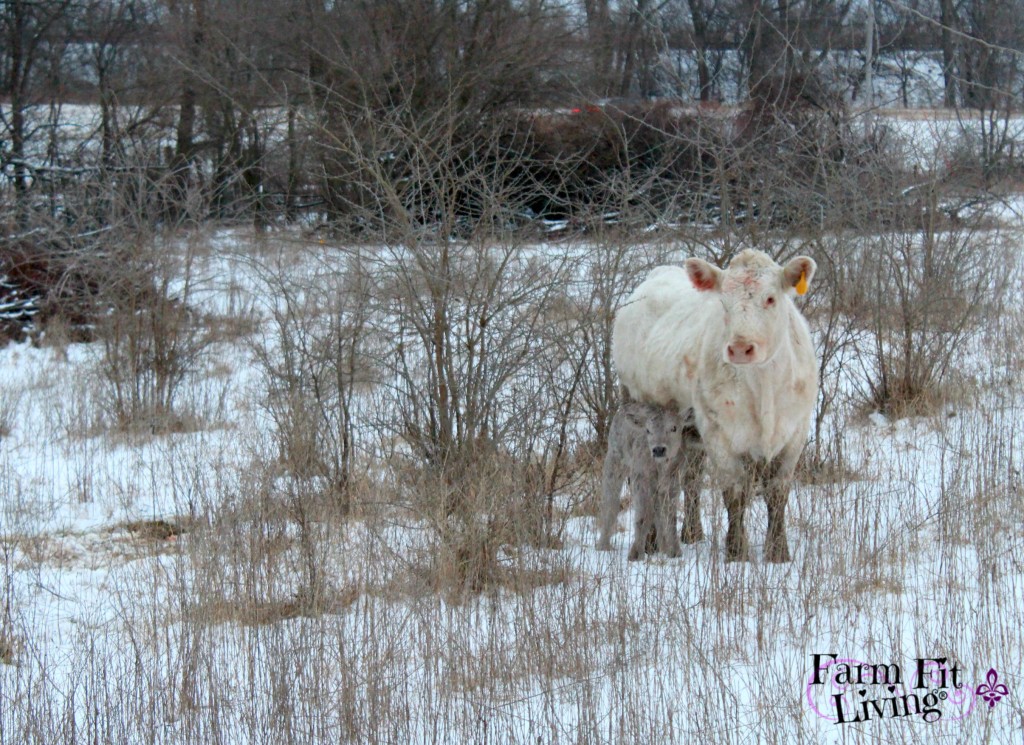 When I first thought of Madonna, I think of her. I love Madonna’s music, but she hasn’t exactly been known for her nurturing parenting skills according to social media reports.

However, after googling “Madonna and Child Art,” I discovered just what Rick was talking about.

I discovered many different paintings of Madonna and her child dating back to the Renaissance period. Madonna is another name for Mary the mother of Jesus.

The famous painter Raphael was one of the creators of Madonna and her child. Check out his creation HERE.

There may be many different styles and themes of Madonna and her child, but one thing is for certain.

Madonna was a very nurturing and loving mother who held and cuddled her child. She adored her child.

Madonna and  Her Calf

This cow is one we affectionately call #38. I will be renaming her “Madonna” from here on out.

My husband will love it.

Madonna the cow is a replacement heifer we kept a couple of years ago. This is her second calf.

Matt and I had been keeping our eye on Madonna and watching for signs of labor. We knew the weather was becoming colder, so we wanted to be prepared in case she were to have troubles with her labor.

One day, we couldn’t find her.

After hiking out to our pond dam about a quarter of a mile away from the rest of the herd, she was found with her newborn calf. The temperature that day was mid-30 degrees Fahrenheit.

Madonna had her calf up, dried off and was nursing it with fresh warm colostrum.

Then, She Saw Us

She became nervous and watched us intently. Her calf was unphased by her reaction and continued to explore the new cold world.

I tried to creep closer with the camera. I wanted the best shot possible of her and the newborn calf. 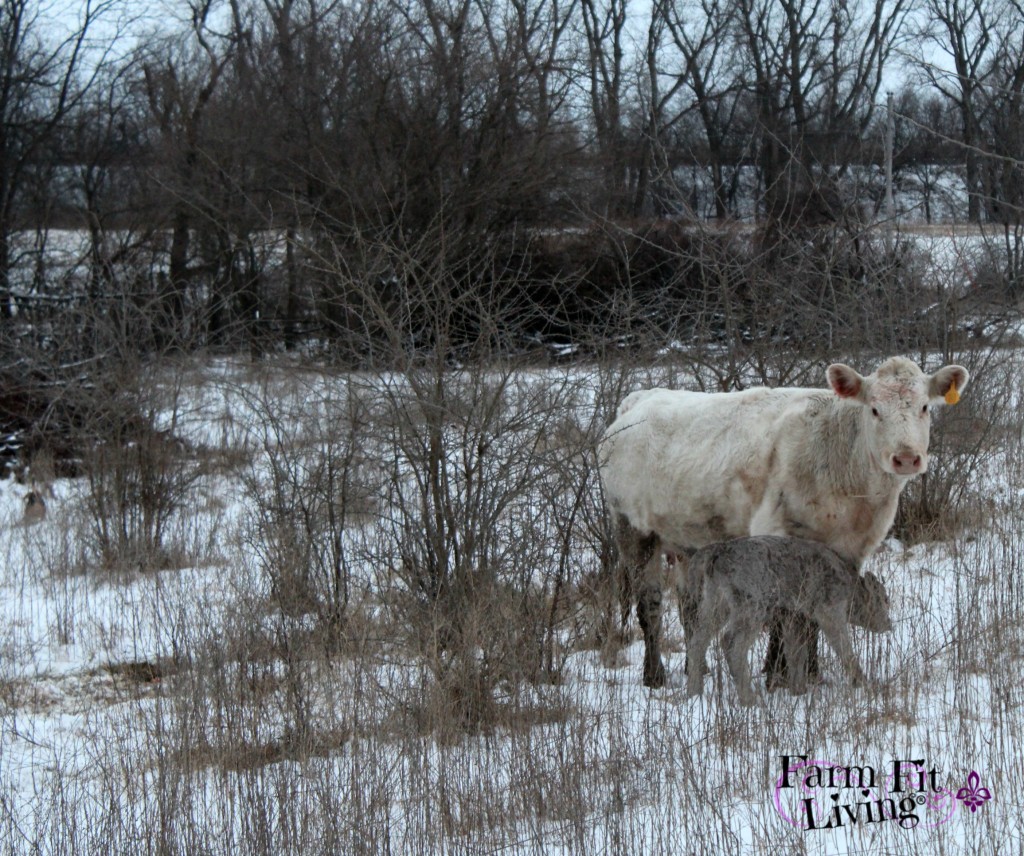 She Turned and Ran. The Calf Followed.

But, they didn’t go far. It was dusk and Madonna had found a nice warm spot out of the wind behind a large brush pile.

They stayed away from the herd for a couple of days. Just the two of them. Bonding like a mother and baby should.

I was concerned for her nutrition. I asked Matt if we should take some hay to her.

He said, “No, she’ll come back when she is ready.” 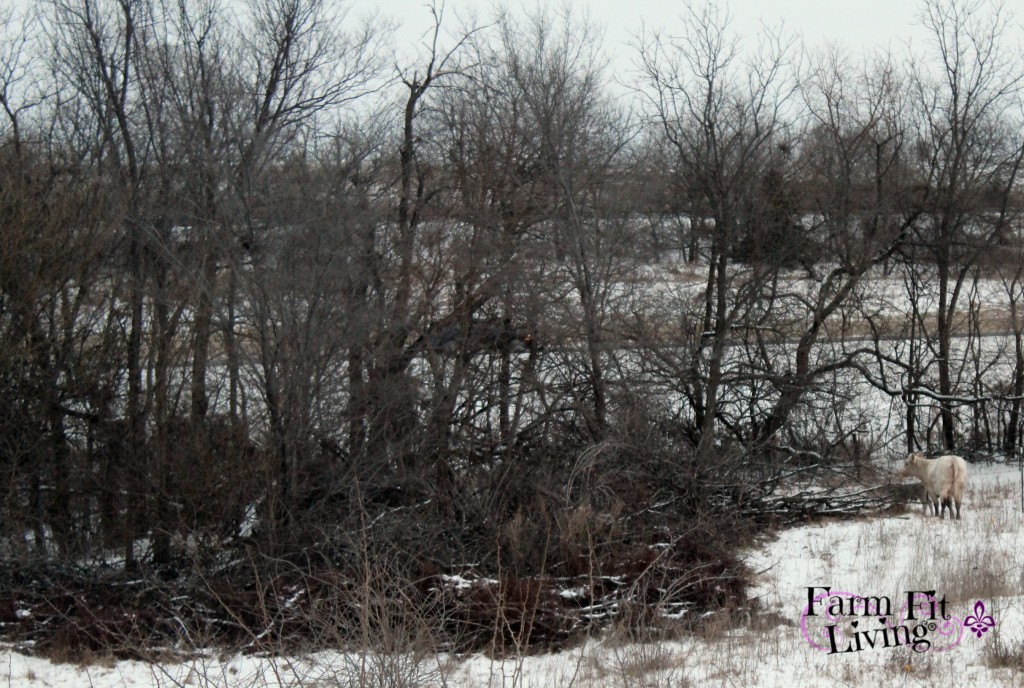 He was right. A few days later, they rejoined the herd where she consumed hay, protein tub and water.

All the while, she was keeping a watchful eye on her newborn calf.

They are doing great despite the cold. She is a natural nurturer and keeps her calf warm and full of fresh milk.

Why Is That Cow Eating Her Placenta? | Farm Fit Living

[…] choose to move their calves somewhere else away from the placenta to protect them. This cow took her calf very far away and stayed there for a few days. Then, she returned to the […]

Oh wow!! How fun is that! And the pictures you took are so pretty in the snow!

Thank you! I'm practicing quite a bit to become a better photographer. ;)

Thank you! I'm practicing quite a bit to become a better photographer. ;)